James Andrew Arthur (born 2 March 1988) is a British singer and songwriter who won the ninth series of The X Factor in 2012.

His debut single, “Impossible”, was released through Syco Music after the final and debuted at number one on the UK Singles Chart in its first week of release, It has since gone on to sell over 1,289,000 copies in the UK, and 2.5 million copies worldwide.

The follow-up single “You’re Nobody ’til Somebody Loves You” reached number 2 on UK charts, He released his self-titled debut album in November 2013, The album debuted and peaked at number two on the UK Albums Chart.

After the release of his debut album James Arthur, he was involved in a series of controversies. This led iTunes to offer refunds for the album. The single release “Recovery” made to number 19, while the sales for the fourth single “Get Down” hardly made the top 100.

James parted ways with Simon Cowell’s record label Syco in 2014. In 2015, he signed a new deal with Columbia Records to release his second album in 2016, titled Back from the Edge. Arthur was also re-signed to Syco in 2016.

Right-click an image and save picture to your image folder on your PC.

Simply insert the transparent background image into your design, resize it to your specifications to create unique pictures for your projects.

Select PNG images from all the various categories available there are NEW PNG IMAGES uploaded on a regular basis check out all the latest images and use them in your online projects. 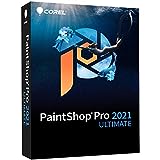 Free PNG Images is a participant in the Amazon Services LLC Associates Program, an affiliate advertising program designed to provide a means for sites to earn advertising fees by advertising and linking to amazon. Certain content that appears on this site, comes from Amazon Services LLC. This content is provided “AS IS” and is subject to change or removal at any time.

This website uses cookies to improve your experience while you navigate through the website. Out of these, the cookies that are categorized as necessary are stored on your browser as they are essential for the working of basic functionalities of the website. We also use third-party cookies that help us analyze and understand how you use this website. These cookies will be stored in your browser only with your consent. You also have the option to opt-out of these cookies. But opting out of some of these cookies may affect your browsing experience.
Necessary Always Enabled

Any cookies that may not be particularly necessary for the website to function and is used specifically to collect user personal data via analytics, ads, other embedded contents are termed as non-necessary cookies. It is mandatory to procure user consent prior to running these cookies on your website.